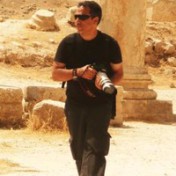 Jose is a writer and director with experience in both investigative and factual documentaries as well as commercial films.  He consistently delivers well crafted films based on his expertise in identifying cast and stories combined with a confident and visceral cinematography, with a quality to observe the ordinary.

He has made films on current affairs, conflict, radicalisation and social unrest; but he is equally at home crafting shorter form branded content and adverts with a documentary approach. When it comes to story telling Jose is a natural; his work is eclectic but it always embraces a connection to reality and human emotion.

He is currently putting the finishing touches to his Rogue/BBC feature documentary 11M which, for the first time ever, explores the victim’s stories and experiences from the 2004 Madrid bombings giving them a much needed voice. Embraced with real warmth and grace he has captured some stunningly profound insights and stories that have a very real global appeal.

Jose is also a frequent contributor to Frame by Frame –a non-profit organisation that makes films to help small charities around the world.

His favourite pastime is getting stuck into conversations with people from all walks of life and especially with local patrons in dodgy cantinas around the world.